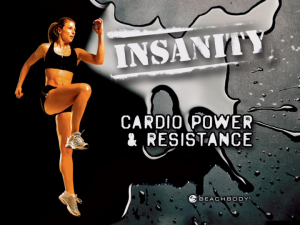 It has definitely been one of those days for me.  I finally caught up on a few things during the day and I worked out before work.  It was good getting it done while it was still early.  I worked out to Cardio Power and Resistance and my workout went well.  At times I did feel sluggish but I worked through it.  It wasn’t a humid day or anything and I was able to work up a great sweat.

My day was going alright up until work.  I won’t go into details however I’ll just say that tonight was probably one of the most frustrating times at work I have ever had.  I hate to admit it but I took my frustrations out by eating an unhealthy meal after work.  I am an emotional eater for sure.  I felt very bad for eating it once I was done and I still feel bad up until now.  After all of the crap I have been eating lately I probably would have lost more weight than I have already.  Now because of this, I am going to drink Shakeology in all of my main meals tomorrow with snacks in between.  I won’t follow the cleanse.  It will be pretty close to it though.

My self-control needs to be a lot better when it comes to food.  I have been saying it over and over again but the meals I have been eating needs to stop.  As much as I get stressed or frustrated, I can’t take it out by eating bad food.  I have a couple things to work on so I need to stay on track.  I’ve worked too hard for where I am at with my journey and I am a quarter of a way to my goal.  I can’t stop now.  I will never give up.

Error: Twitter did not respond. Please wait a few minutes and refresh this page.